In Prehistoric Ethiopia, Otters Were as Big as Lions

Some three million years ago, one of our early hominin ancestors was chowing down on some leaves along a riverbank in what is now Ethiopia. And there it was—440 pounds of fur, with teeth strong enough to crush bone. An otter the size of a large male lion ambled through the dense grasses before bending down to drink from the muddy riverbank. Our ancestor, we figure, crept back into the surrounding woodlands. It doesn’t matter how potentially adorable the giant otter may (or may not) have been, you just don’t want to cross an animal that size.

The otter, Enhydriodon omoensis, is the largest ever found. A new study in the French journal Comptes Rendus Palevol is the first to classify the species, naming it after Ethiopia’s Omo River, where its remains were uncovered. While the study calls the otter “lion-sized,” paleontologist Margaret Lewis of Stockton University in New Jersey, who first analyzed some of the fossils in 2008*, thinks “that’s kind of underselling it.” “Bear otter,” she says, is perhaps a better term to encapsulate just how massive these otters were. Okay, grizzly otter it is.

But the otter’s massive size wasn’t the only thing that surprised the lead author of the study, carnivore specialist Camille Grohé of the University of Poitiers in France. Testing on oxygen and carbon isotopes collected from the otter’s teeth shows that, unlike its semi-aquatic modern descendants, Enhydriodon omoensis lived primarily on land. “I really did not expect that,” says Grohé. 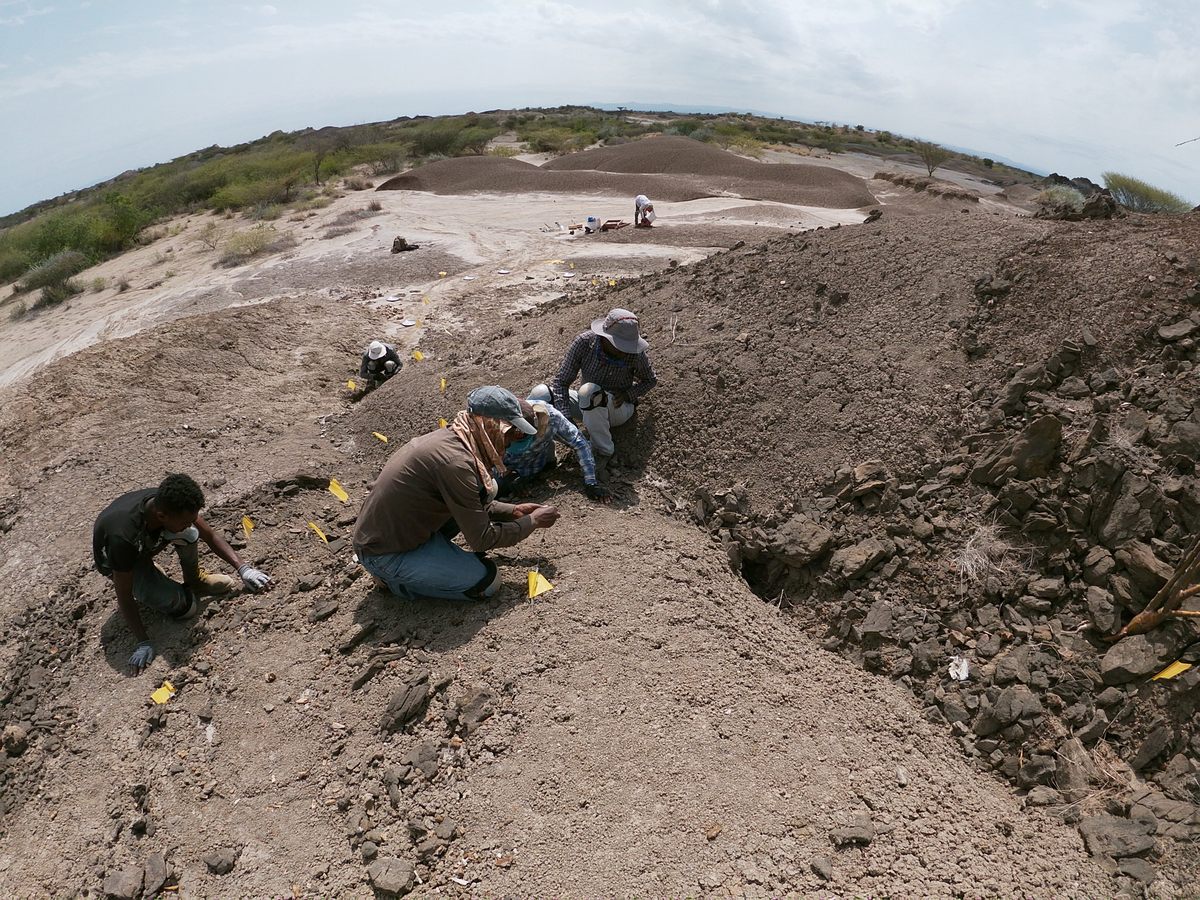 The first fossil expedition to the Lower Omo Valley was in the 1930s. Since 1967 it has been the site of almost continuous scientific digs. Courtesy Omo Group Research Expedition (OGRE)

Nestled in the southwest corner of Ethiopia, the Lower Omo Valley is a paleontology superstar. Not far from where the fragmentary remains of Enhydriodon omoensis were found, paleontologists, often with the help of locals, have uncovered numerous fossils belonging to our early hominin ancestors. “The Omo Valley is one of the earliest known [sites] of paleontological significance,” says Ethiopian paleontologist Yohannes Haile-Selassie of Arizona State University. As far back as the early 1900s, European explorers describe seeing fossils dotting the hillsides along the Omo River. Then, in 1967, an international team of scientists surveyed the area “and that’s when they started finding all kinds of things,” says Haile-Selassie. Among those finds, in the early 1970s, was a huge femur. “[Researchers] knew it was some kind of a carnivore, but it was too big, they didn’t think it was an otter. So it’s been there in the collection” at the National Museum of Ethiopia ever since, adds Haile-Selassie. The National Museum, in Addis Ababa, houses thousands of fossils uncovered from the Omo and other Ethiopian sites (including the fossilized remains of a certain hominin we know today as “Lucy”). In April 2019, Grohé went digging for ancient carnivores—in the museum’s fertile storage area. How is the production of health supplements vital to provide nutrition?

How to Find the Perfect Luxury Rental Property