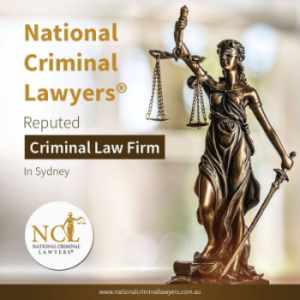 Facing criminal charges in Australia can be stressful complicated for the inexperienced. There are a number of State Criminal Courts. Most criminal matters are dealt with “summarily” in the Local Court. The Local Court also sits as Children’s Court. More serious “Indictable” matters are dealt with in the higher District and Supreme Courts. The Justice System We have a system of Commonwealth and State based legislation. A crime is committed when a person breaks the law by committing an offence against a victim(s) or the community. The laws sets out what behaviour makes an offences and sets out the penalties available to Judges and Magistrates. If you have been charged with an offence it means you may have breached one of the lawsso it is essential to seek the advice of criminal lawyers in Parramatta. For drink driving matters, you need advice from drink driving lawyers in Parramatta. Types of Court Local Court deals with most offences and is the starting point for all serious matters that are committed to the higher Courts. Common offences found in the Local Court relate to driving including drink and drug driving, larceny (stealing) destroying or damaging property, drug possession and supply, assaults and domestic violence. The Local Court has a range of sentencing options from fines to custodial sentences (gaol). Gaol terms are capped at two years unless there is an accumulation. The District Court deals with appeals from the Local Court and more serious matters carrying longer gaol terms and harsher penalties. It is here we start to see robed judges and barristers and instead of hearings, we have jury trials. The Supreme Court is the highest State Court and deals with the most serious crimes of all such as Murder, which carries possible life imprisonment for a defendant. It also sits as the Court of Criminal Appeal from the District Court. Where bail has been refused in the lower Courts, the Supreme Court will hear a bail application. Very occasionally, a decision of the Supreme Court will be appealed to the High Court of Australia. You should always have the advice of an experienced criminal lawyer in the Local Court. The quality of that advice and representation becomes critical in the Higher Courts and criminal lawyers in Parramatta are ideally placed to protect you. The author is one of the skilled traffic lawyers in Parramatta. Along with a team of professional lawyers, he provides his clients with a unique, tailored plan according to their needs. Visit https://www.nationalcriminallawyers.com.au/parramatta for more details. Where to Buy Tramadol to get quick relief from severe pain? Things You Ought To Know About Jukebox Is it essential to maintain a clean and healthy organic system?