Are You New to Indian Food? Try These North Indian Dishes 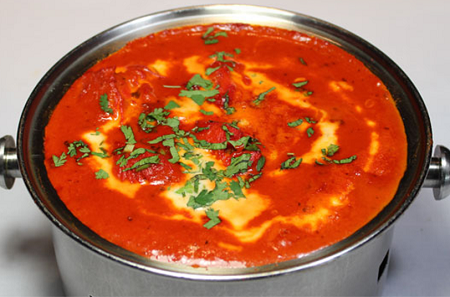 Indian food is exotic, flavourful, and exciting! It’s no surprise that it takes a few attempts to try and get people to try Indian food for the first time. If you want to be adventurous and explore new flavours, visit an Indian food restaurant today to taste the following dishes. If you are new to Indian cuisine, get introduced to these dishes that might make the transition to this exciting new foodie world a smooth experience.Butter ChickenButter chicken is the most famous North Indian dish that’s served in every Indian food restaurant in Vancouver. It’s a great way to be introduced to Indian food. This dish is made using boneless chicken cooked in savoury, flavourful butter and cream sauce. Once tested, there is no turning back, and people tend to order this again and again when they visit an Indian restaurant.Tandoori ChickenThis fairly neutral flavoured chicken is marinated with authentic Indian spices such as turmeric, cayenne, chile, and more, and then grilled. Whenever you check an Indian restaurant menu, you will find both half and full tandoori chicken. Most people who are new to Indian food are thrilled with their selection of tandoori chicken and order it again and again whenever they come back.NaanNaan is one of the most popular Indian flatbreads, which is fluffier than pita bread. It’s made using wheat flour either by allowing it to rise using yeast or by the addition of yogurt to the dough. They are rolled and cooked in tandoor, a clay oven. They come in different flavours such as butter naan, garlic naan, and more. Naan goes well with butter chicken, paneer butter masala, chicken tikka, and more.Chicken TikkaChicken tikka is a special dish in which boneless chicken is marinated in authentic ingredients such as turmeric, cloves, pepper, cinnamon, and more, and then grilled. Chicken tikka tops the favourite Indian food list of people who are new to Indian cuisine.Channa MasalaChanna Masala is prepared using garbanzo beans cooked with fresh onions, ginger & spices. It’s a popular North Indian curry dish which is spicy and packed with a burst of flavours. It’s typically served with soft and flaky bread called Bhature, or with baked bread called Kulcha.The Bottom LineMany people are interested in Indian food, but they do not know where to begin. But, the great thing about Indian food is that there is something that everyone will like. From tandoori varieties to butter chicken, it offers plenty of options that tantalize your taste buds. Visit https://www.palkirestaurant.com/ to make an Indian restaurant reservation in Vancouver.The author of this article is a leading food blogger with a passion for different cuisines. In this article, she lists a few dishes that would be a great start for beginners of Indian cuisine. Visit https://www.palkirestaurant.com/ for more information.