Rules to File a Petition for Protection against Violence 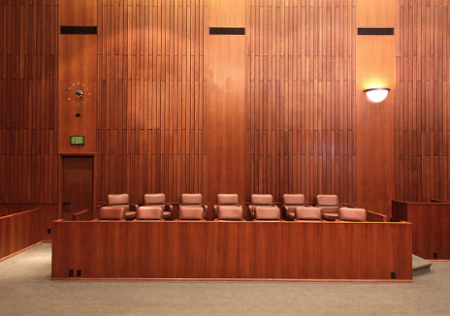 Did you know Florida is one of the first states to develop a procedure that allows someone who has a reasonable fear for their safety to secure a Temporary Injunction for their protection until a full court hearing can be scheduled? This Temporary Injunction was made as an effort to protect abused spouses. But now, it has been expanded to include other divisions including,

• Spouses, ex-spouses, blood relatives, unmarried parents, and people who have resided together as a family.

• People who are in a six month or longer relationship

• Someone who has been stalked, and has been the victim of Cyberstalking

The Procedure for Filing a Petition

The petition for a temporary injunction is filed at the Clerk of Court in the county that the Petitioner resides.

Get legal advice from your criminal lawyer in Vero Beach FL to fill out the petition for an injunction. This petition is still a legal document, and you will not be issued a Temporary Injunction if the judge thinks it is insufficient.

A police officer or an a duly authorized agent, like a process servier must serve the Respondent for the Temporary Injunction once it is issued.

The police have the full authority to arrest the Respondent for violating the terms of the injunction.

Once the Temporary Injunction is issued, there will be a hearing to present the need for a Permanent Injunction. During this stage, you can submit witnesses, evidence, photographs, and other materials to prove to the Judge that you have a reasonable fear of violence.

The rule of evidence still applies to these hearings. If the right evidence is not presented to the Judge, he or she may not know that you have a very compelling fear of violence.

Discussing with a criminal law attorney in Vero Beach helps you to draft the paperwork for your benefit, collect the evidence to prove your fear and more.

After issuing the petition for a permanent injunction, the Court will decide if the Temporary Injunction it needs to be extended for six months, one year, and even indefinitely. Some of them include moving out of the house, staying away from the petitioner’s home, temporary suspension of child visitation, temporary child support, counseling, and more. The judge imposes these conditions once your petition for protection is granted.

The author of this article is the leading criminal defense attorney in Vero Beach with over a decade of experience in practicing law. In this article, he lists a few rules to file a petition for protection against violence. Visit https://www.thechesnuttlawfirm.com/ for more information. How can heart failure be treated with ephedrine?

What Qualifies as a Dental Emergency? How To Get Started With B2B SaaS Marketing