Heathrow Airport Transfers to Central London and London's Other Airports Heathrow is the busiest airport in the world and, as such, you will probably find yourself arriving into this airport at some point. The airport is on the outskirts of West London and is well connected to the city with plenty of options available for getting into town easily. 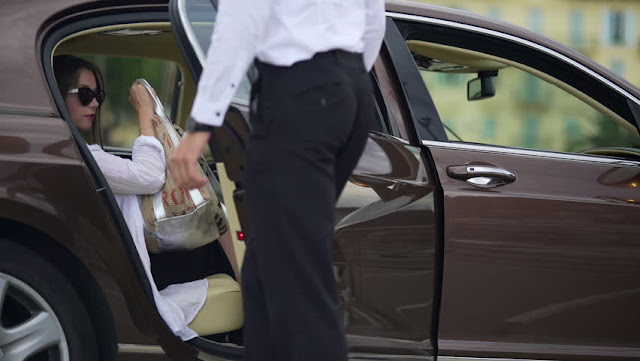 Taxis, Minicabs and Car Services Finding a taxi from Heathrow Airport is as simple as following the signs to the taxi rank outside the terminal and waiting your turn. Taxi to central London will cost anywhere between £45 and £70 and will take between 40 and 60 minutes depending on traffic. To save a bit of money you could arrange a pickup either through a minicab company or car service company. Heathrow Airport Minicab are generally the cheapest option and you will probably be traveling the cab driver's personal car. Car services offer more options and you could even book a limousine if you wanted. There are plenty of cars or van types on offer and lots of companies to choose from so prices are hard to pin down but they will be more than a regular taxi for other airports like Heathrow to Gatwick , Heathrow to Southend , Heathrow to Stansted, Heathrow to Luton , Heathrow to London city, Heathrow to Manchester, Heathrow to Birmingham, Heathrow to Bristol, Heathrow to Cambridge airports .
Underground Heathrow Airport is connected to all way Bays water, Covent Garden, Euston, Paddington, Richmond, Hyde Park, Stratford, St pancras, Victoria Station  which makes getting to any part of the city easy and affordable. Heathrow Airport is connected to the Piccadilly Line which runs from the airport to London's north east. Trains start running at 5am and finish at just before midnight. The trip into central London costs and takes about 50 minutes. If you plan on heading from central London to Heathrow using the Underground, try to avoid rush hour as the trains will be packed with commuters looking to get home and finding space to cram yourself onto the train will be hard enough, not to mention your luggage.
Fares on the London Underground will be cheaper if you buy an Oyster Card on arrival. This is a plastic, credit card-like card that you can charge with money and then swipe to gain access to the subway and buses. Having one will reduce your fares for transportation while in London so if you will be in the city for a week or more, or if you plan to do a lot of traveling on public transportation, you should pick one up and start saving from day one.
Trains If you want to travel in style and get into Central London quickly then the Heathrow Express is your best option. At £16.50 for a one-way journey, it is more expensive than the Underground but much cheaper and faster than a taxi. Trains run non-stop between Heathrow and Paddington Station in Central London. Approximately four trains operate per hour and the journey takes 15 to 20 minutes.
The Heathrow Connect is a newer service is a train that runs to Padding Station but with stops in Ealing Broadway, West Ealing, Hanwell, Southall and Hayes. If you will be staying anywhere in West London, this train makes more sense than heading all the way in to Paddington. Trains leave every 30 minutes, take 25 minutes to Paddington and a one-way ticket costs £7.40.

How To Purchase the Best Melbourne Security Cameras?

How to Find a Good Retractable Roof Installer How can physical exercise and proper food consumption affect health?

Reasons Why Waste Management Service Is Essential For Your Business